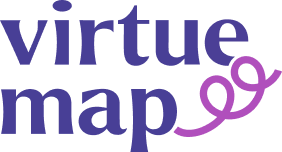 ADHD and Brain Fog: Are They Connected?

Attention deficit hyperactivity disorder (ADHD) is a neurodevelopmental disorder usually discovered during childhood. Brain fog, on the other hand, isn’t a medical condition but a symptom that affects your ability to think clearly.

There are many reasons why a person experiences brain fog. These include:

If you’ve been diagnosed with ADHD and are experiencing brain fog, you should know that ADHD brain fog is one of its recognized symptoms. So, yes, ADHD and brain fog are sometimes connected.

Before we dive deeper into brain fog caused by ADHD, let’s get a better understanding of what ADHD is.

ADHD is a common childhood developmental disorder. Children with ADHD have trouble paying attention and are sometimes overly active. They also find it difficult to control impulsive behavior.

Here are other traits of children who have ADHD:

There are three types of ADHD:

People with ADHD who fall under this type have a hard time completing tasks or paying attention to details. They can’t follow instructions and sometimes get lost in conversations. They get distracted easily too.

People who talk a lot but squirm and fidget while doing so may have predominantly hyperactive-impulsive presentation. Sometimes, they interrupt others who are talking because they don’t have patience. They have a hard time sitting still. Children who have it are in constant motion — running, jumping, and climbing.

As the name suggests, people with this type of ADHD are often impulsive and indulge in reckless behavior.

If you have ADHD but aren’t sure which type you have, it’s best to consult a medical doctor for diagnosis and treatment.

Connection Between ADHD and Brain Fog

A person with ADHD cannot think clearly which is why they are inattentive and/or impulsive. In some cases, they have brain fog, a state of mind where it feels like a fog has clouded one’s brain, making it difficult to focus. Brain fog can also make it difficult to respond to people or remember things.

Brain fog is a cognitive dysfunction that may be a symptom of an underlying medical condition.

Can ADHD cause brain fog? Technically, brain fog is one of the symptoms of ADHD.

Foggy brain ADHD may also be due to a lack of sleep. According to a study, 25% to 50% of people with ADHD have sleep issues. ADHD may keep a person awake or cause them to wake up in the middle of the night, resulting in poor-quality sleep. In such cases, sleep deprivation causes brain fog.

In others, ADHD medication can cause brain fog.

Brain Fog: What It Feels Like and What to Do About It

What does ADHD brain fog feel like? Brain fog leaves you feeling confused and your mind fuzzy. You have difficulty focusing on one thing or recalling ideas or activities. Your reaction time is also slower.

To manage ADHD brain fog, get quality sleep. Combine this with proper hydration since dehydration makes brain fog worse. Eating nutritious food and exercising will also help you cope with it.